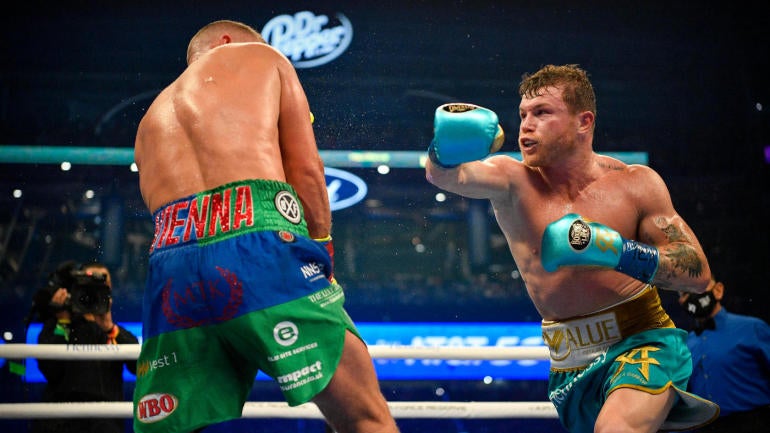 Canelo Alvarez, who is perhaps boxing’s biggest star, aims to unify the super middleweight championship Saturday night when he takes on undefeated fellow champion Caleb Plant in Las Vegas. Their main-event battle tops the boxing card from the MGM Grand Garden Arena, and the pay-per-view portion is scheduled for 9 p.m. ET on Showtime. Alvarez already holds the WBA, WBC and WBO versions of the belt but he’s looking for complete control of the division. All that remains in his way is securing the IBF belt currently held by Plant, who is determined to spoil the coronation and take all four belts for himself.

Alvarez is a -900 favorite (risk $900 to win $100), while Plant is offered at +600 in the latest Canelo vs. Plant odds from Caesars Sportsbook. The over-under for total rounds is 9.5 and there also plenty of Canelo vs. Plant prop picks to consider. In the co-main event, Elvis Rodriguez (-220) faces Juan Pablo Romero (+180) in a super lightweight showdown. Before locking in any Canelo vs. Plant picks,

Now, with Saturday’s unification fight in sight, Wise has studied Canelo vs. Plant from every angle and identified the best value in the boxing odds.

Alvarez (56-1-2) is nearly the universal No. 1-ranked pound-for-pound boxer on the planet by both boxing and major sports media outlets. Lack of ample opposition since his memorable two-fight duel with Gennady Golovkin had dimmed his profile with the sporting public for a while, but that is starting to change.

The famed Mexican fighter received a legitimate challenge in his last outing, and many observers believe he could be in for another one Saturday.

In his last outing, Alvarez faced the previously undefeated Billy Joe Saunders (30-1), who held the WBO super middleweight title. Saunders had the skill and the confidence to match, and he held his own in the early rounds.

Alvarez landed a vicious uppercut in the right round that reportedly broke the orbital bone of his opponent. Saunders failed to answer the bell for the ninth round, and Alvarez collected his third belt.

Plant (21-0) provides a similar combination of length and fundamentals that could pose problems for Alvarez, and he similarly isn’t shy of confidence. He and the three-belt champ memorably scuffled at a September news conference after Alvarez started the confrontation with a two-handed push to Plant’s chest.

The 29-year-old Tennessee native is coming off a dominant performance of his own. Plant registered a lopsided unanimous decision over Caleb Truax in January to retain the IBF crown.

How to make Canelo vs. Plant picks

Wise likes the over 9.5 rounds at a price of -125 in the latest Caesars boxing odds. He’s also locked in a strong money-line pick and multiple prop bets that return greater than +200.

Australia’s Paine ‘devastated’ by Pucovski concussion ahead of Ashes