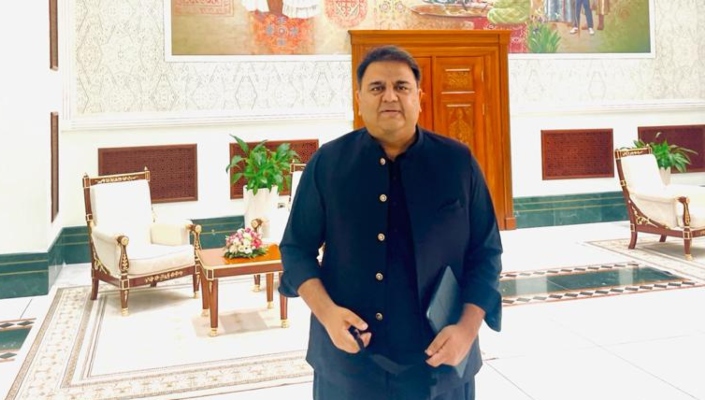 ISLAMABAD: Minister for Information and Broadcasting Chaudhry Fawad Hussain on Sunday said electoral reforms was a national agenda and all political parties should come forward for this purpose.

“The electoral reforms is not an agenda of the Pakistan Tehreek-e-Insaaf or Prime Minister Imran Khan,” Fawad Chaudhry said in a tweet.

He stressed that all political parties should cooperate to build up an electoral system under which the entire leadership would have the trust on results. It would be a great success of the political system, he maintained.

Meanwhile, Special Assistant to Prime Minister on Political Communication Dr Shahbaz Gill said someone wanted to win the election by rigging, because he was afraid of technology. He said the opposition leaders were against the accountability through national consensus.

“Imran Khan and PTI want electoral reforms from day one. However, unfortunately, little Nawaz Sharifs are sitting everywhere. But Imran Khan will turn the tide,” he said.

A day ago, the opposition had demanded from the PTI government to hold debate on all the bills, including the National Accountability Ordinance, which had been recently promulgated by President Arif Alvi in the joint session of parliament.

“The 20 bills passed by the National Assembly in a rushed manner should also be brought back to the House,” Bol News had quoted sources of the opposition as saying, in response to National Assembly (NA) Speaker Asad Qaiser’s letter to Leader of the Opposition in National Assembly Shehbaz Sharif seeking approval of opposition members in legislation about electoral reforms and other crucial matters.

The letter had apprised that the electoral reforms bill had been passed from the National Assembly, however it had to sail through the Senate as well for which the government required the opposition’s cooperation.

Prime Minister Imran Khan had lately convened a joint parliamentary session, nevertheless it was postponed ostensibly after reservations of allies of the government over the proposed election reforms, which included usage of electronic voting machine (EVM) and facility of I-voting for overseas Pakistanis.