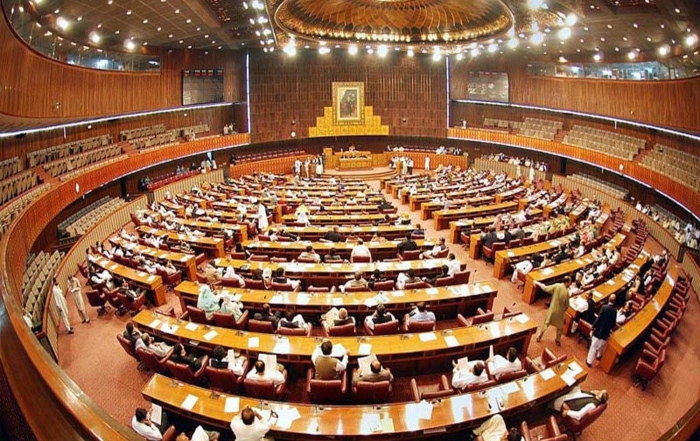 ISLAMABAD: The prices of ghee and cooking oil have seen a monthly increase during the Pakistan Tehreek-e-Insaf’s (PTI) tenure, data showed on Saturday.

The official documents show that the price of ghee increased by 60 per cent per litre while cooking oil prices increased by 42 per cent between October 2018 to September 2021.

The documents were submitted by the Ministry of Industries and Production in response to a question raised by a lawmaker in the last session of the National Assembly.

The government informed the House that the price surge was mainly due to a hike in palm oil prices in the international market owing to Covid-19.

It maintained that 9 5 per cent of the raw materials used in manufacturing these items are imported and the prices of these inputs during Covid-19 led to its increase.

Reviewing the figures reveal that there has been a monthly increase in the prices of both these essential food items during the first three years of the current government.

Shams-ul-Islam Khan, an expert on commodities, told Bol News that palm oil prices witnessed a double price hike in a year and as Pakistan imports 80 per cent of palm oil there was an increase in the price of the products. He said the local currency has also been devaluing which further generated an impact on both these commodities.

However, he said, the industries involved in manufacturing these items also took benefit of the situation which is another cause of the massive surge in the prices.

He said the government was supposed to reduce sales tax on ghee and oil so the burden on rising palm oil prices in the international market is not transferred to the public.

“This point should also be taken into consideration while reviewing the price surge, is that the owners of industries involved in manufacturing of both these items also have a political background,” he claimed.

Meanwhile, according to the government, it is also expanding the network of Sasta Bazars and Utility Stores outlets to ensure a smooth supply.

It claims that National Price Monitoring Committee and District Price Committees are actively monitoring the prices of essential items all over the country.

However, their efforts are yet to see the light of the day as daily-use items are generally not available at the price set by the government.