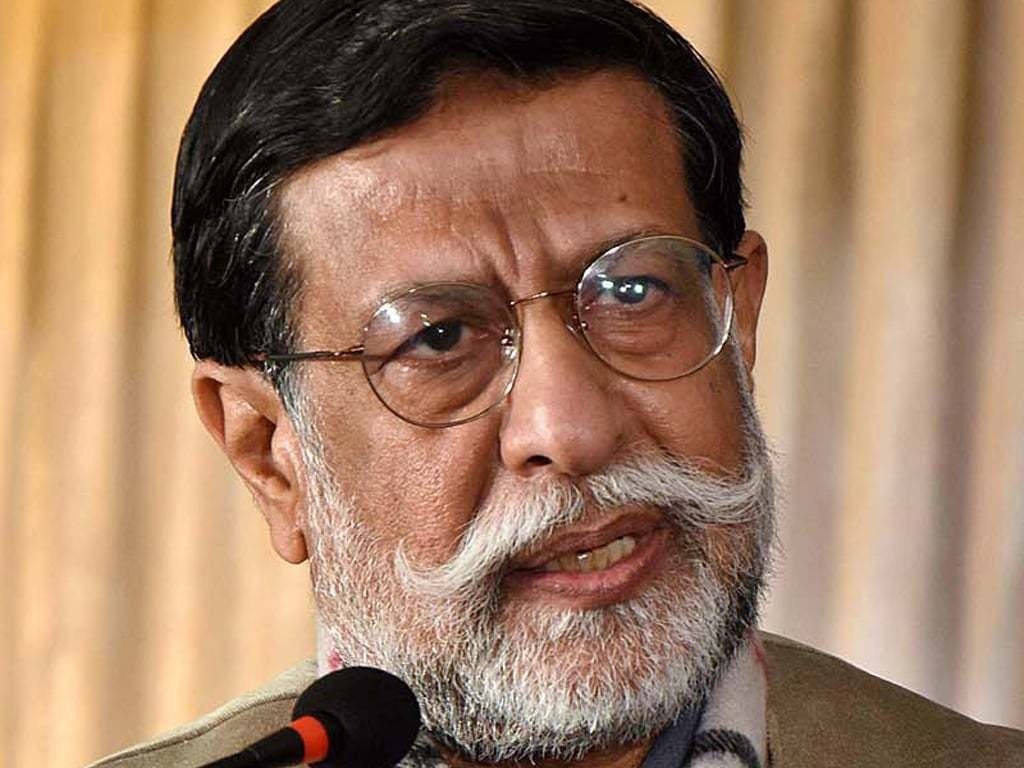 He expressed these views while chairing a meeting held with heads of local commercial banks here at State Bank of Pakistan for debt re-financing of National Power Parks Management Company Limited (NPPMCL) on Friday.

Both the power plants, were set up with GoP funding or equity instead of the 70:30 debt to equity ratio benchmark as allowed in NEPRA’s tariff for NPPMCL’s Power Plants, he told,

It has been decided to align the capital structure as per allowed tariff through long-term debt financing from the banks, the minister said.

Soomro said that privatisation of NPPMCL is a large transaction, directing that Privatisation Commission will coordinate with all stakeholders to fulfill the national cause.

On the occasion, Director General Privatisation Ministry, Muhammad Jameel told that the aim of meeting was to discuss debt recapitalization and refinancing or replacement of GoP excess equity and PDFL loan through commercial borrowing of NPPMCL.

Once debt portion of these two power plants was settled, they would be privatised, he told.

A comprehensive representation of issue was presented by the Ministry of Privatisation and a thorough discussion was made on the terms and conditions of the re-financing process.

Presenting the terms of borrowing, another official from Ministry of Privatisation told that all commercial banks and financial institutions regulated by State Bank of Pakistan are eligible to submit their bids. The loan amount is up to Rs.113 billion. Tenure would be seven years and principal amount would be repayable on quarterly basis as per NEPRA guidelines.

Besides, Profit on debt or interest would be payable on quarterly basis as per NEPRA guidelines. In addition, Collateral or security would be as per the terms of Power Purchase Agreements and Implementation Agreements of the power projects, it was told in the meeting.

Moreover, maximum ceiling on fixed spread is 1.8 p.a. NPPMCL may draw down the loan at any time in one or more installments.

The meeting was informed that the repayment dates of mark-up and principal will be 30th September, 31st December, 31st March and 30th June. The repayment would begin at the end of quarter in which 1st draw down of funds would be taken.

Aside from this, bidding and transaction award criteria is that the loan shall be obtained from the bidder offering the lowest (fixed) spread relative to six months KIBOR as per NEPRA guidelines. The pricing levels quoted by the bidders shall be all encompassing and no extra fee / cost / expense shall be paid by NPPMCL in any case, the meeting was briefed.

Selection criteria comprised of bids above maximum ceiling of K+1.8% not to be considered. Both individual bidding and multiple bids would be allowed. Minimum bid size should be Rs 1 billion and bids in the multiple should be of Rs 1 billion. NPPML will determine cut-off spread and cut-off spread would be offered to all successful bidders. The remaining bids shall be rejected, the meeting was informed.

There were different suggestions from the banking side for moving towards debt refinancing. Director General Debt of Ministry of Finance was of the view that all banks should individually submit their bids.

All qualified bidders will enter into consortium agreement and Bank or DFI offering highest amount of loan would lead the consortium.

However, the President of National Bank of Pakistan (NBP) and HBL proposed to receive an invitation of bids from consortium. After discussion it was agreed that suggestions of the banks will be considered in preparation of RFP (Request for Proposal).

The meeting was suggested that the consortium would be formed by banks and refinancing should be made through competitive method as the maximum banks could participate.