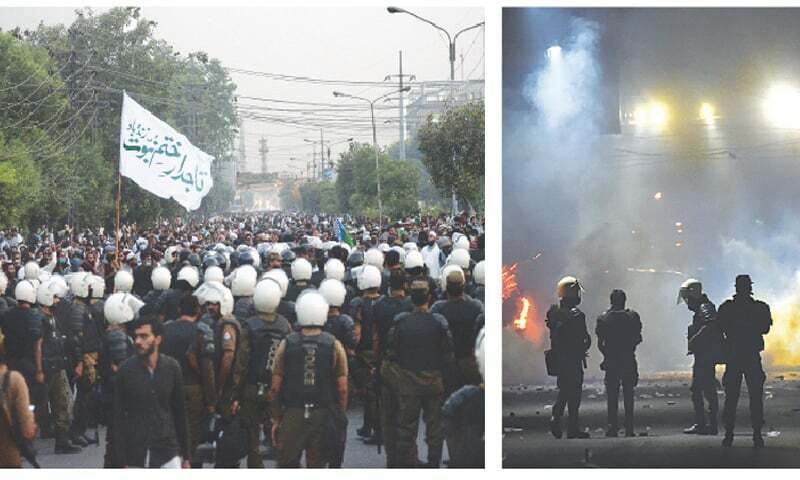 LAHORE: Two policemen and as many workers of the banned Tehreek-i-Labbaik Pakistan (TLP) were killed and several others injured after fierce clashes erupted between the TLP protesters and law enforcement agencies at Chauburji Chowk on Friday night.

Chauburji, Lower Mall and surrounding areas turned into battlefields with videos of the clashes showing police firing teargas shells to disperse the protesters who in return pelted the law enforcers with stones. Many TLP workers carrying clubs appeared to be fighting back when the riot police tried to disperse them.